It’s a dual language film and will release simultaneously in Tamil and Telugu. 3 Heroines will act for this action entertainer.

Raj Kiran of Pandem Kodi fame will act in an important role.

70% of the film shoot will be in Hyderabad and the rest in Chennai. Movie is scheduled for release in February 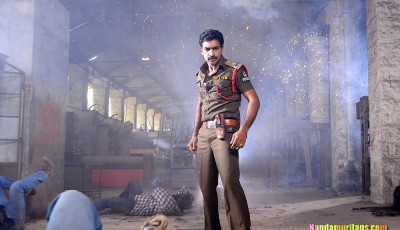