Naa Nuvve to release on June 14

The upcoming breezy romantic drama Naa Nuvve starring Nandamuri Kalyan Ram and Tamannaah as the leads in roles that will mark a new page in their career is set to have a grand release worldwide on June 14.

Announcing the same, the film’s producer Kiran Muppavarapu said, “I am pleased to announce that our film Naa Nuvve obtained a Clean U Certificate and is set to release on June 14worldwide. A romantic entertainer that will be high on freshness and will surely be loved by the audiences, the film has been beautifully made by director Jayendra. The visual extravaganza created by P.C.Sreeram is out of the world too. While Tamannaah has definitely given one of her best performances in the film, Kalyan Ram has also come out of his comfort zone to play a complete romantic role like he hasn’t done before. The duo’s makeover will be phenomenal. So far, the music by Sharreth has been received quite well and is being praised for being heartwarming.” 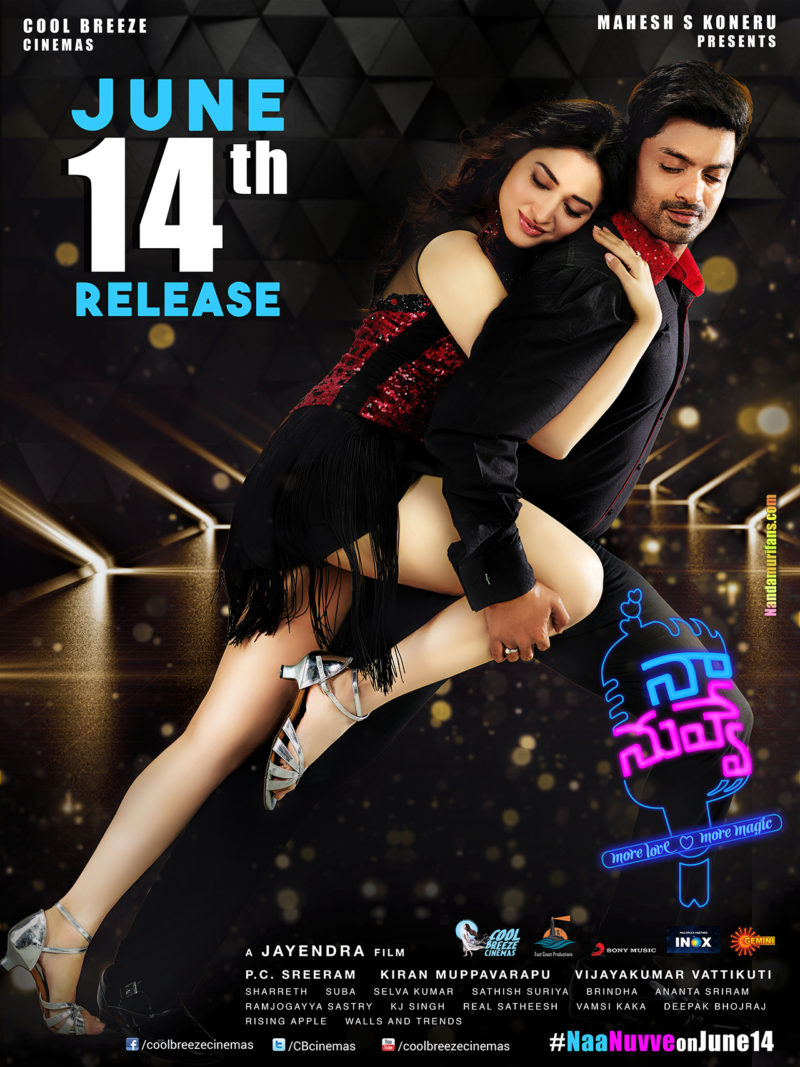