We at  VYSHU Entertainment are happy to announce that we have acquired Rights of theoretical Screening  Rights of  NBK’S much awaited devotional pic "Pandurangadu" for Australia &New Zealand region.

The devotional-Trio K.Raghavendra Rao, M.M.Keeravani and J.K Bharavi who gave us devotional classics like Annamayya and SriRamdasu are all set to bring to celluloid another devotional-period film Pandurangadu.
In the mythological roles legend NTR proved his outstanding acting capabilities that one can never imagine other than Balakrishna to act, live in those roles and bring the glory as NTR did.

We Thank Desicinemas for giving us the oppurtunity. 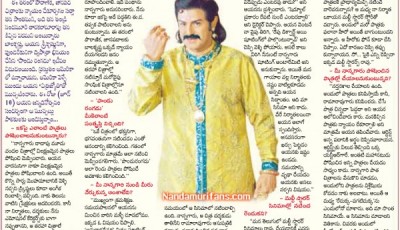